Founder, Chairman of the Board 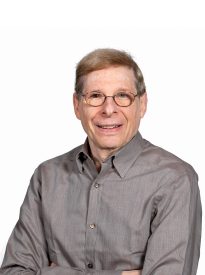 Founder, Chairman of the Board

Marty Tenenbaum is a renowned computer scientist, Internet entrepreneur and cancer survivor. He founded Cancer Commons and CollabRx (NASD: CRLX) to help each cancer patient obtain the best possible outcome. He is an Internet commerce pioneer and visionary, having founded EIT (1990) and CommerceNet (1994) to accelerate business use of the Internet, and later, was an officer and director of Commerce One, Webify Solutions (sold to IBM in 2006),  and Medstory (sold to Microsoft in 2007). He currently serves on the boards of Efficient Finance, Patients Like Me, and the Public Library of Science (PLoS). Dr. Tenenbaum is a fellow and former board member of the Association for the Advancement of Artificial Intelligence (AAAI), and a former consulting professor of Computer Science at Stanford. He holds B.S. and M.S. degrees in Electrical Engineering and Computer Science from MIT, and a Ph.D. from Stanford. 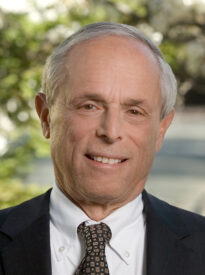 Richard Levy was chairman of the Varian Medical Systems Board of Directors from 2002-2014, and is currently Chairman Emeritus. He was General Manager of the Medical Business from 1986-1999 and CEO of the company from 1999 to 2006. Levy holds a bachelor’s degree from Dartmouth College and a doctorate in nuclear chemistry from the University of California at Berkeley.
Levy was on the Board of Sutter Health, currently a $13B Healthcare system, from 2006-2016, and was Chairman of that Board 2013-2014. He has served on the Board of the Palo Alto Medical Foundation, an affiliate of Sutter Health since 2002. He was on the Board of the United Way Silicon Valley 2002-2014, and served as Chair in 2008-2009. He has been a co-chair of the Advisory Committee of the Dartmouth Institute for Health Policy and Clinical Practice and an active participant in summits for CCI (Center for Corporate Innovation, Inc.), with a focus on improvement of the national healthcare system. That focus remains one of his primary interests today.
Other Boards include The Markkula Center for Applied Ethics at Santa Clara University, where he is Chairman; North Hawaii Community Hospital; Ravenswood Family Health Center; the Berkeley School of Public Health, where he is Chairman; and the Bay Area Board of Sutter Health where he is Chair of the Finance and Planning Committee. He is a past chairman of the board of directors of the American Electronics Association. 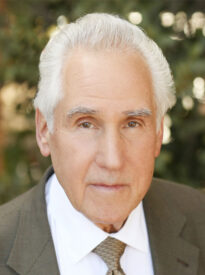 Dr. Marton serves as a consultant to industry and to nonprofit, government, and academic institutions. In the nonprofit sector, Dr. Marton serves on the Board of Trustees of the American Association for Cancer Research Foundation, and on the Board of Directors of Cancer Commons, Rapid Science, and the Bay Area American Committee for the Weizmann Institute of Science. In the for-profit sector, he serves on the Board of Directors of Cellsonics, Dategra, Matternet, Microsonic Systems, Pathologica, RenovoRx, TOMA Biosciences, and xCures; is Chair of the Scientific Advisory Board of PharmaJet; is an advisor to Ciitizen and the Precision Medicine World Conference; and is on the Editorial Board of the Journal of Precision Medicine. Previously, Dr. Marton was Dean of the University of Wisconsin Medical School and Chaired the Department of Laboratory Medicine at UCSF, where he was a Professor in the Departments of Laboratory Medicine and Neurological Surgery. Dr. Marton received his MD from the Albert Einstein College of Medicine and his BA from Yeshiva University. 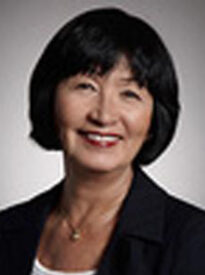 Gladys Monroy is Senior Partner at Morrison Foerster. Her practice includes strategic counseling, comprehensive patent portfolio management, interferences, reexaminations, and reissues. Dr. Monroy represents companies of all sizes in the areas of patent prosecution and technology transfers, involving many technologies within the field of life science. Dr. Monroy has previously held numerous leadership positions in intellectual property law associations, such as President and Board of Directors member of the Silicon Valley Intellectual Property Law Association, and Executive Committee member of the California State Bar Intellectual Property Section. She has received many honors, including being elected to the IP Law & Business Patent Prosecution Hall of Fame and being named by Chambers Women in Law as Intellectual Property Lawyer of the Year. Prior to her career in law, Dr. Monroy was a post-doctoral fellow at the Einstein College of Medicine and an Assistant Professor of Microbiology at New York Medical College. She received her MS and PhD in biochemistry from NYU. 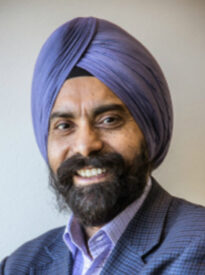 Ajit Singh focuses on early-stage Technology and Life Science investments. He currently represents Artiman on the Boards of Aditazz, Click Diagnostics, CORE Diagnostics and medECUBE. Ajit is also an Adjunct Professor in the School of Medicine at Stanford University and serves on the Board of Directors of Max Healthcare based in New Delhi, India. Ajit is a Partner at Artiman. Prior to joining Artiman, Ajit was the President and CEO of BioImagene (acquired by Roche), a Digital Pathology company. Before BioImagene, Ajit spent nearly twenty years at Siemens in various roles, most recently as the Chief Executive Officer of the Digital Radiology and Medical Informatics business of Siemens Healthcare. Prior roles included President and CEO of the Oncology Care Systems Group, Group Vice President of Siemens e-Health, and Vice President of Siemens Health Services. From 1989 to 1995, he was at Siemens Corporate Research artificial intelligence, robotics, computer vision, and image analysis. During this time, he concurrently served on the faculty at Princeton University. Ajit has a Ph.D. in Computer Science from Columbia University, a master’s degree in Computer Engineering from Syracuse University and a bachelor’s degree in Electrical Engineering from Banaras Hindu University, India. He has published two books and numerous refereed articles, and holds five patents. 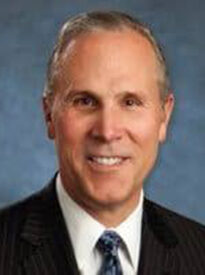 Edgar D. Staren, MD, PhD, MBA, has previously served as CEO of CTCA Medicine and Science. He is President of TransMed7, LLC and President of its subsidiary, Martinet Medical, LLC, minimal access medical technology companies addressing patient needs from diagnosis to therapy. Most recently he served as Professor of Surgery, Vice President and Executive Director for Cancer Services at Wake Forest University Baptist Medical Center, and Deputy Director for Clinical Affairs of its Comprehensive Cancer Center. He is a graduate of Loyola University School of Medicine and received his general surgery training and surgical oncology fellowship at Rush University Medical Center and Cook County Hospitals. Additional graduate education included a PhD in immunology/microbiology from Rush and an MBA from Benedictine University. After his training, Dr. Staren remained as a faculty member at Rush and held positions as Professor of General Surgery and Associate Dean for Medical Student Programs. He subsequently served as Professor and Chairman of Surgery at the Medical College of Ohio and Medical Director of the MCO Cancer Institute, CEO of CTCA Medicine and Science, as well as, CEO of Ashion PMed Management, an outgrowth of the Translational Genomics Research Institute (TGen). Dr. Staren is a member of numerous academic organizations and has published nearly 300 scientific works including more than 150 manuscripts, 80+ abstracts, 45 book chapters, and 12 books.

Vern Norviel is a partner at Wilson Sonsini Goodrich & Rosati, where he leads the patents and innovations counseling practice. Vern has three decades of experience in formulating successful strategies for life science companies and the development of their IP programs. He represents a wide variety of companies, as well as venture capital firms, in areas such as therapeutics, diagnostics, nanotechnology, genomics, proteomics, and personalized medicine. In fact, Vern's interest in the field of personalized medicine prompted him to become the first attorney to have had his or her entire genome sequenced and made available in a public database. Before joining the firm in 2003, Vern was the general counsel and corporate secretary of Perlegen Sciences, Inc., a start-up biotechnology company that scans the entire human genome for important therapeutic and diagnostic products. Previously, as senior vice president and general counsel, he was an early employee of Affymetrix, the biotechnology company that pioneered and developed DNA chip technology. He also had been a partner at Townsend and Townsend and Crew in Palo Alto. During his career, Vern has authored or prosecuted more than 20 patents that have been litigated in the United States and abroad, and has overseen intellectual property lawsuits throughout the world. Vern previously served as a member of Wilson Sonsini Goodrich & Rosati's board of directors and currently serves on the board of the WSGR Foundation. In addition, he is a lecturer in biotechnology law at UC Berkeley School of Law.