New Treatments For Bladder Cancer in 2020 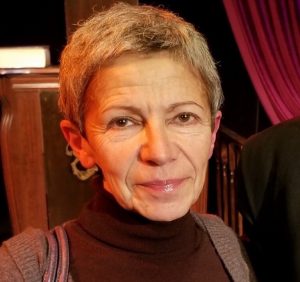 In 2019 and early 2020, the U.S. Food and Drug Administration (FDA) approved a number of new drugs for bladder cancer of all stages, and more treatments are on the horizon. Here’s a snapshot of what’s happening right now in bladder cancer treatment:

In patients with NMIBC, tumors are confined to the inner cell layer of the bladder and have not invaded the thick muscle tissue of the bladder. NMIBC is usually treated by surgical excision in a procedure known as trans urethral resection of bladder tumor (TURBT), followed by repeated drug injections into the bladder (intravesical injection)—most commonly with a drug called Bacillus Calmette-Guerin (BCG).

BCG is a bacterial vaccine that is primarily used to immunize against tuberculosis, but may also trigger a broader immune response against cancer cells. BCG certainly improves outcomes for patients whose tumors have been resected; nevertheless, over a half of these patients will experience recurrence within one year, and some do not respond to BCG at all. Intravesical chemotherapy drugs (gemcitabine or mitomycin) are used for higher-grade NMIBC.

Newly emerging options for NMIBC include:

Of course, the biggest news for NMIBC is the recent FDA approval of the immune checkpoint drug pembrolizumab (Keytruda) for systemic (intravenous) treatment of high grade NMIBC that is not responsive to BCG. In clinical testing, 41% of patients experienced complete responses with median duration of 16 months.

A far more threatening form of bladder cancer, MIBC is often treated by partial or complete removal of the bladder, usually after pre-surgery (neoadjuvant) chemotherapy, sometimes with concurrent radiation. After the tumor (or bladder) excision (adjuvant), more chemotherapy may be given.

A very recent report documented complete pathologic responses (no tumor detected) after neoadjuvant chemotherapy in 49% of NIBC patients who, in addition to chemotherapy, received the immune checkpoint drug nivolumab (Opdivo). Another 17% of patients still had tumors, but they no longer invaded the muscle.

It is worth noting that while the drugs atezolizumab and pembrolizumab were previously FDA-approved as first-line treatments for metastatic bladder cancer, both were later shown to have some benefit only in patients with PD-L1 positive cancers, and the label was modified accordingly, limiting availability of these two immune drugs to a smaller number of patients.

Also in December 2019, the FDA granted a breakthrough therapy designation to the combination of enfortumab with pembrolizumab, based on a preliminary response rate of 63% in patients ineligible for chemotherapy, and a disease control rate of 90%. These are truly impressive results,.

Nearly 30% of bladder cancers have alterations in the genes FGFR3 or FGFR2, and earlier in 2019, the FDA granted approval to erdafitinib (Balversa) for this subgroup. In clinical testing, erdafitinib showed a 32% overall response rate, which included just over 2% complete responses.

Clearly, the repertoire of drugs for bladder cancer—both approved and in clinical trials—has greatly expanded over barely one year, with new immunotherapies, new targeted drugs, and combinations thereof.

If you’re wondering whether any of this information applies to your own cancer case or a loved one’s, I invite you to get support from Cancer Commons.

Pembrolizumab Alone or With Chemotherapy for PD-L1–Positive NSCLC?

Excerpt from Cancer Network: “Researchers found that in patients with non–small-cell lung cancer (NSCLC) and a Tumor Proportion ...

Could Adding a TLR9 Agonist Improve Responses in Metastatic Melanoma?

Excerpt from Cancer Network: “A phase I trial found promising activity and good tolerability with the combination of pembrolizumab ...