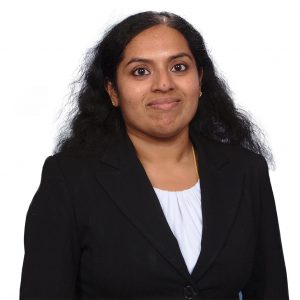 Q: Colorectal cancer is common, and although many cases in earlier stages are cured by surgery alone or with adjuvant chemotherapy, it is still a lethal threat for many patients. Nonetheless, several new targeted and immunotherapeutic agents are now available. When should patients receive molecular testing for their colorectal cancer, what information should especially be sought, and which therapeutic agents are likely to be effective?

A: For every patient who is diagnosed with stage IV colorectal cancer (mCRC), complete molecular profiling of their tumor is highly recommended. It is important for patients to know their microsatellite status, RAS (KRAS and NRAS) and BRAF mutations, and HER2 amplification status at a minimum. Depending on these molecular profiling results, targeted therapy or immunotherapy may be applicable.

Microsatellite status refers to the status of short tandem repeats of DNA that are present throughout the human genome. Since microsatellites have a repetitive sequence, they are prone to mutations. These mutations are usually corrected by the DNA mismatch repair (dMMR) system. Tumors with a defective dMMR system that cannot adequately repair the mutations have microsatellites of different lengths than would be found in the germline DNA. This molecular phenotype is called microsatellite instability (MSI). Tumors are generally categorized as MSI-high (MSI-H), MSI-low, or microsatellite stable (MSS).

MSI-H or dMMR tumors are very sensitive to immune checkpoint blockade. The U.S. Food and Drug Administration has approved the immune checkpoint inhibitors pembrolizumab and nivolumab for treatment of patients with MSI-H/dMMR mCRC following progression with chemotherapy. Recently, the immunotherapy combination of nivolumab and ipilimumab showed an overall response rate of 60% in the front-line setting (before any chemotherapy) in a clinical trial with 45 patients. So, immunotherapy has an important role in the treatment of this population of patients who seem to not benefit as much with conventional chemotherapy.

For most other patients, in fact 95% of mCRC patients whose tumors are MSS or MMR-proficient, single-agent immune checkpoint inhibitors are not advisable. Combination treatments of checkpoint inhibitors with kinase inhibitors (such as regorafenib) and VEGF-targeting agents (bevacizumab) are currently being evaluated in clinical trials and are showing some promising results. In a phase 1b trial of the combination of regorafenib and nivolumab, an overall response rate of 33% was observed in patients with MSS tumors. While this is promising, it is important to focus on targeting the other alterations that may be present in these patients’ tumors.

Most often, these are KRAS mutations, which are present in about 30–50% of CRCs. The most frequent mutations in the KRAS gene are in codons 12 and 13, namely, KRAS G12V, G12C, G13D, and others. Mutations at these positions result in the activation of RAS. Considered to be undruggable for a long time, only recently have efforts to target KRAS paid off. AMG 510 is an oral inhibitor of KRAS G12C. Clinical trial results with this agent in CRC indicate a disease control rate of 92% (1 partial response and 10 stable disease among 29 patients).

Various other strategies to target RAS mutations are currently in trials. These include targeting of EGFR; targeting of the downstream effectors RAF, MEK, and ERK; and targeting of synthetic lethal interactions with CDK4, SHP2, and PLK1.

Copyright: This is an open-access article distributed under the terms of the Creative Commons Attribution License, which permits unrestricted use, distribution, and reproduction in any medium, provided the original author and source are credited.